Being Vulnerable and the Power of Vulnerability 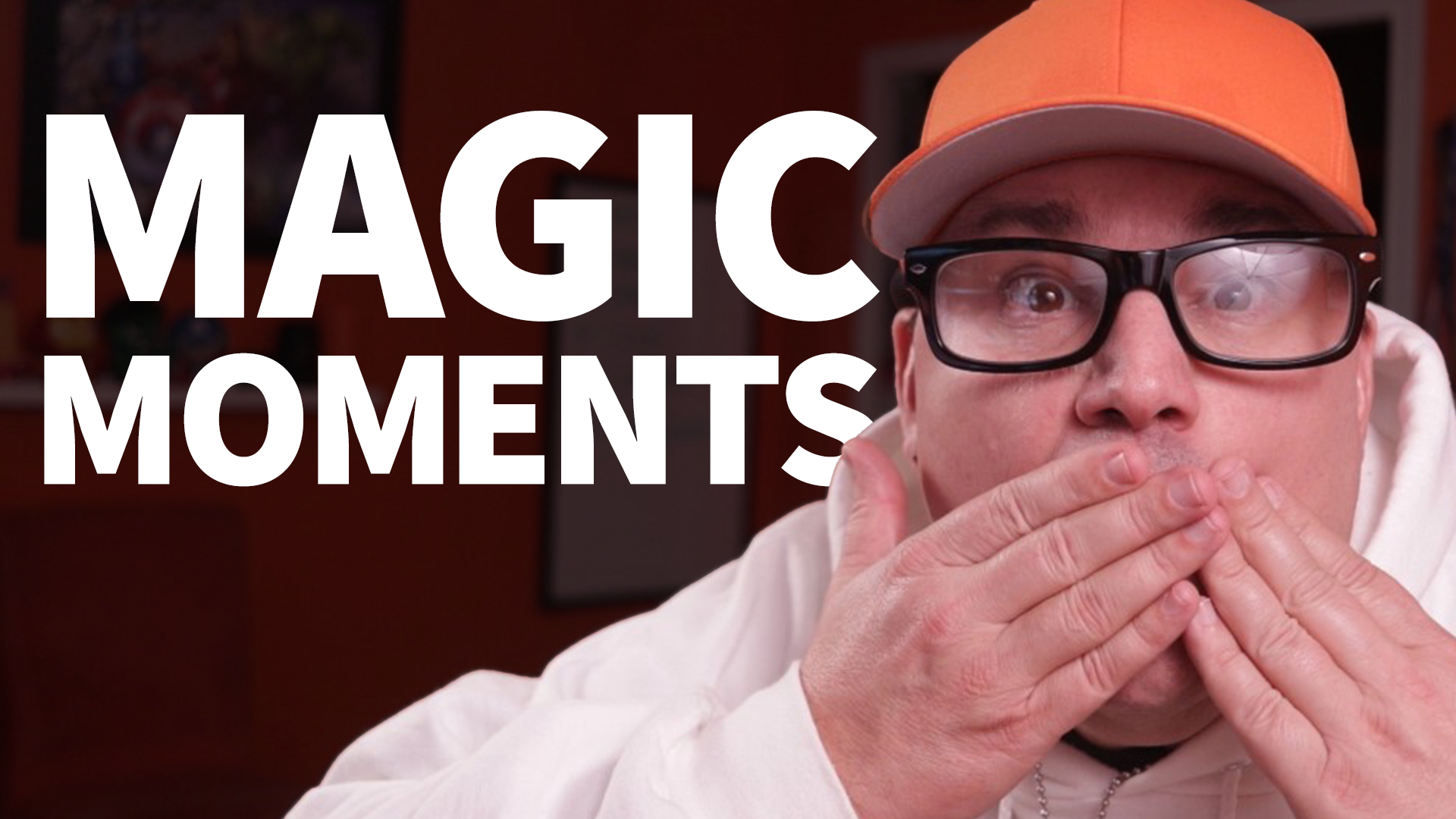 “Owning our story can be hard but not nearly as difficult as spending our lives running from it. Embracing our vulnerabilities is risky but not nearly as dangerous as giving up on love and belonging and joy—the experiences that make us the most vulnerable.

Only when we are brave enough to explore the darkness will we discover the infinite power of our light.” My god I love this quote by Brene Brown. It’s like she looked into my soul!

Listen, Being a better communicator can be difficult.

Trust me, there are many times I completely jack it up but that doesn’t mean we shouldn’t keep trying to better ourselves in this area.

So, if you're a leader, a speaker, or a human that has to communicate through the day. Wait, isn’t that everyone?

All kidding aside, if you have to communicate each and every day, then these communication tips will help you get better with each tip you implement.

Today, we are going to talk about implementing the ability to be vulnerable into your communication tool belt.

But first,  what is vulnerability really?

It’s not some lofty unachievable goal as many of us may have thought.

However, it will take some work to implement it throughout your life.

And then, I learned the magic truth about vulnerability.

Before we get into my story on vulnerability, I realize you may have never stopped and actually looked up what the words being vulnerable or vulnerability are so, here you go.

Vulnerability is the quality or state of being exposed to the possibility of being attacked or harmed, either physically or emotionally.

And I know, you might be thinking, well that sounds fun! NOT!!

It really doesn’t sound like fun at all. But it is … But more on that later.

I get it, it’s (being vulnerable) is not the sexiest thing to aspire to have in your life but it’s what will unlock the magic moments of your life.

Now listen, it doesn’t matter if you’re stepping on a stage, entering a board room, or even your kitchen, when you embrace being vulnerable, you will unlock magic moments of life for yourself.

So, you might be wondering, how can you be more vulnerable?

How can you start to break down those walls?

Here are two easy ways to get started on this journey.

First, Expressing yourself, whether they are sentiments of disappointment, sadness, or anger, or sentiments of caring and love, are all ways to be deliberately vulnerable.

Second, start allowing yourself to share important elements of your personal history!

Doing so will help you develop deeper emotional connections and greater intimacy with others. And might I add yourself.

You see, for 25 years, I ran from the fact that I was a high school drop out but now, it’s front and center, it’s who I am.

Stop hiding those special pieces of you that make you exactly what the world is looking for.

So, how did I learn this lesson of magical moments in life through vulnerability?

The first thing I had to realize was the problem. Let me explain.

The problem, we all think we need to be squeaky clean. We try to hide all the chinks in our armor. We pretend we don’t have any battle scars.

The problem with that is it’s a lie. We are lying to others. And most times we lie to others so much that we start to believe it and then we lie to ourselves many times without even knowing it.

We don’t see that those battle scars, those chinks in our armor are actually the moments in life that when we embrace them unlock and open magic moments.

It’s only when we can be vulnerable with ourselves and vulnerable to others that we will unlock some of the key factors of living a happy and impactful life. You know, those magical moments I’ve mentioned several times.

The second thing that needed to happen was a conversation!

We were sitting at the Cheesecake Factory waiting on our food.

Now for context, the "we" in this scenario was Marcus Sheridan, Tiffany Cavagian, and myself.

So in my mind, it was a pretty big deal.

As we were chatting, Marcus said these words, you have to start your keynote with the fact that you are a …

The words that were about to come out of Marcus’s mouth, I had been running from those words for 25 years.

I had found several ways to sidestep conversations about it, I had lied about it, and if I’m being totally honest, I was ashamed of it and it is the one thing I wish I could erase from my past.

You see, those words were I’m a high school dropout. And Marcus wanted me to start my very first keynote by sharing this fact.

I told him in so many words that he was out of his mind and he asked me to think it over. Then he said these words that I’ll never forget.

It’s only when you embrace vulnerability do you reach the magic moments in life.

A couple of months later, I found myself on stage, I’m nervous.

I can feel my sweaty palms and the shaking of my hands. As the person finishes introducing me, I hear myself asking myself, are we really going to do this.

I hear the words, ladies and gentleman, George B. Thomas.

I let the applause settle, it’s getting quite so, I click the clicker and my first slide comes up. It’s a black background with white text and it simply reads I’m a high school dropout.

There is laughter. I tense up and my mind starts telling me this was a stupid idea.

I then say I’m a high school dropout. There are slightly fewer laughs this time so, I say it one last time.

No, really, I’m a high school dropout. It was at that point you could hear a pin drop. I go on to tell the story of my math teacher telling me in front of the class that I’ll never amount to anything and the fact that I believed him.

Within months, no matter what my parents said, I was a dropout.

The rest of my keynote was about marketing, sales, metrics, and being human. People leaned in and tuned into every word that I said. It was amazing. But was it magic? Kind of but what happened next sure was.

I finished, and the crowd applauded. I stepped off the stage and people started to come up and say how great it was.

A couple even jokingly told me to never do that again and explained how awkward they felt after they realized the laughter coming out of their mouths was not in jest.

But then, one lady came up to me and she thanked me for my story. She explained that she really connected with my math teacher telling me I would never amount to anything.

I thanked her but, I think she realized I didn’t understand how much she connected with my story so she continued. No, I don't think you understand me, that was my mother.

I stood there in disbelief. We then chatted for 20 plus minutes about family, forgiveness, moving on in life and so much more.

As she walked away, I realized, this is what I wanted to do for the rest of my life. I wanted to use the stage to impact people's lives and I knew that being vulnerable was the way it was going to be done.

You see, the power in vulnerability is that you have to be you, you have to be authentic. And in today's modern times, humans are hungry for people who are comfortable in being authentically themselves but, that's probably another video in itself.

Vulnerability rips off the masks we wear. Vulnerability makes us look inside ourselves and bandage the wounds that may have been left open for years.

Embracing vulnerability allows us to stop running from something we may see as a mistake and realize it’s simply a life lesson we have now learned.

My challenge for you today is to find that thing or things you have been running from.

To embrace it and find a way to share it with the world. Now, do you have to share it from the stage as I did?

No, you sure don’t. As a matter of fact, you may share it with one person at a time or a few friends at a dinner or around a fire.

No matter when or where or with who, leverage your ability to be vulnerable to reach those magic moments in your own life.

You see, those moments in time that seem unbelievable, are achievable if you are willing to have unbelievable vulnerability as you move forward towards your best life ever.

So you might be wondering, how can you embrace vulnerability?

There are five things you can pay attention to when embracing vulnerability.

I’m curious, so let me and the rest of the community know, what have you been running from? What can you do today to be more vulnerable and show the world how awesome you really are? Let me know in the comments below.

So as you move forward, make magic moments in life by expressing yourself, own your story as Brenee Brown says, don’t give up on love and belonging and joy, and impact the humans around you in a positive way. In the meantime, continue to change the world one good action at a time, keep building your influence and impact, and grow at least 1% better each and every day. 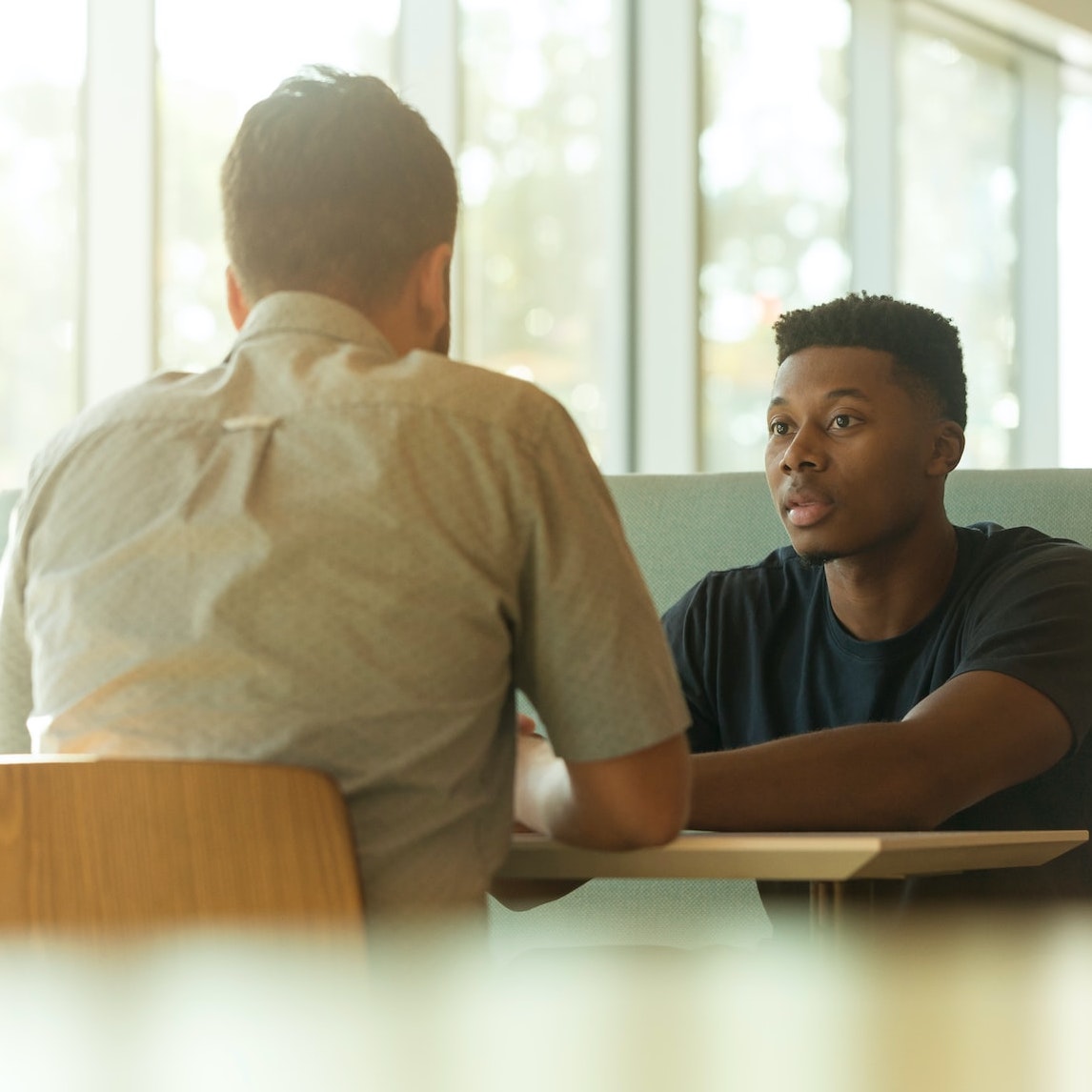 There are very few things in this world that make me really excited. OK, that's not true, I get excited about a lot of things. But if we're talking... 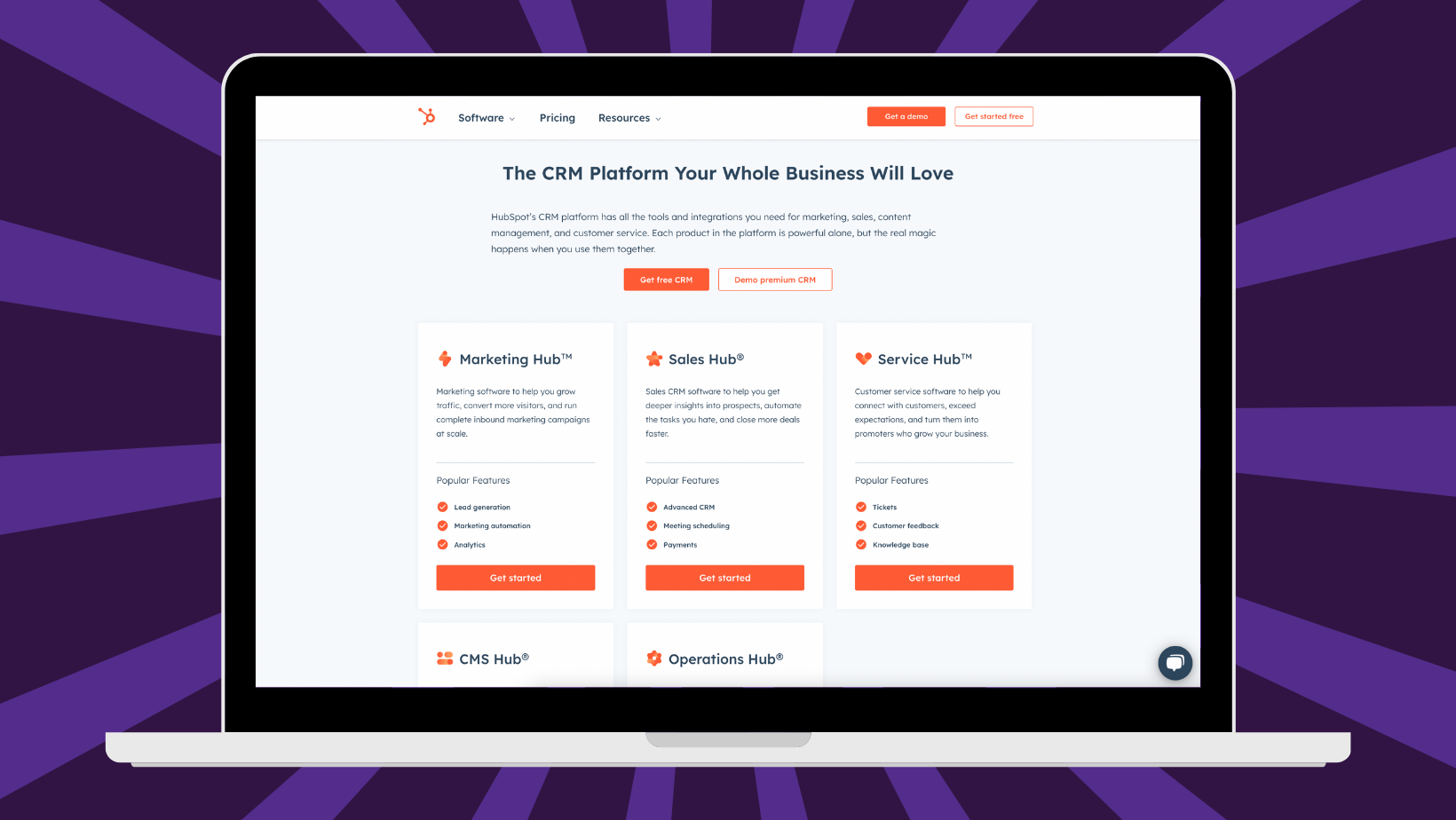 What is HubSpot, really? (The definition most get wrong)

You'd think given that it's 2022, a topic like "what is HubSpot" would be a little too basic for yours truly to dig into. But a few recent HubHeroes... 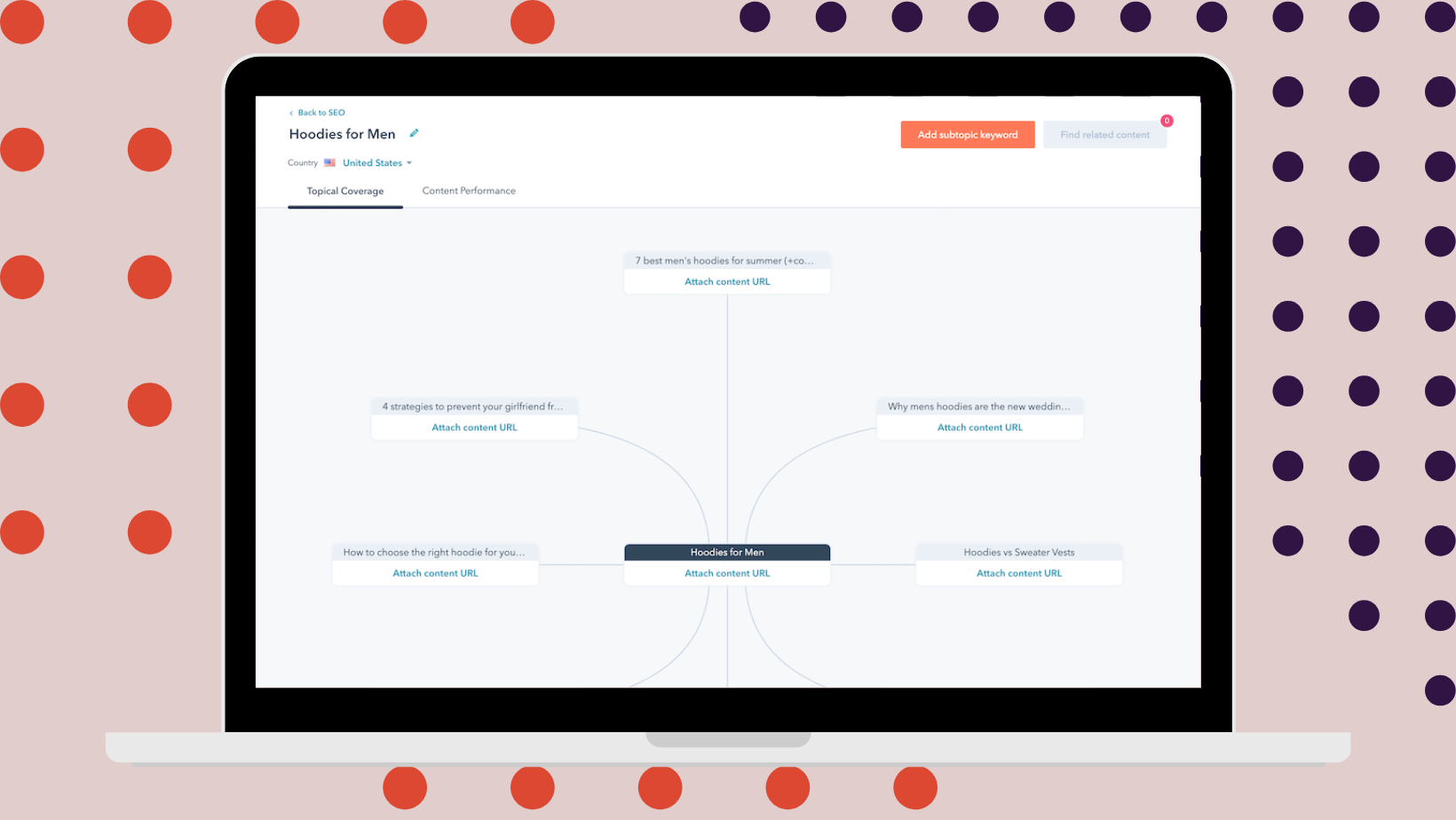 What is a topic cluster? (definition + examples)

In an SEO content strategy, a topic cluster is a network of interconnected pieces of content – blogs, podcasts, videos, you name it! – that...