Okay to Fail? A Relationship with Fear and Failure! 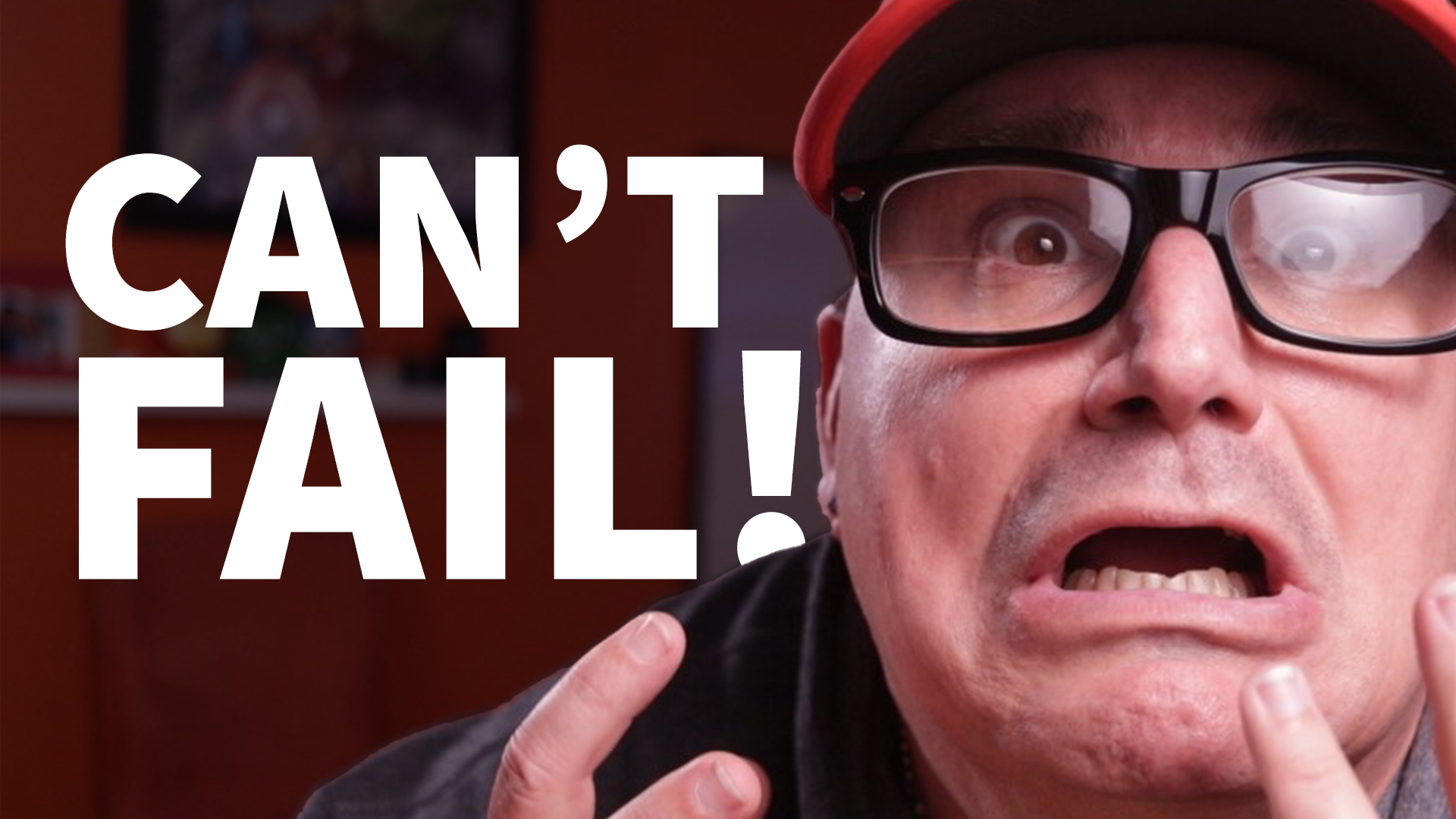 You might be asking yourself Is it okay to fail? Or maybe it sounds something like can I give myself the ability or comfort to fail?

And of course then not beat myself up afterward.

And to be honest, I totally get that you may have clicked on this video because a bad thing or some bad things have happened in your life. And, that you might be beating yourself up right now.

Trust me, I've been there and done that! Fail that is. I’ve got a great story that I’ve never shared with the world before but first, there's a quote by C. S. Lewis that I think may help you stop beating yourself up if you are right now. C. S. Lews said, “Failures are finger posts on the road to achievement.”

So in my mind, if you are not failing, you are not achieving and that to me is a slow death! Now, join me as I bask in the historical pain of one of my worst failures ever!

Not too long ago I worked at a company and we put on events where we would train folks how to communicate better and how to leverage workshops to impact their business.

It was a blast and so many people were dramatically impacted in a positive way. However, there was this one time that I was setting up the event and I forgot to read the small print for the location we chose to have the event at.

By itself, this wouldn’t be a big deal but, when for some unknown reason, no one signed up for the event, it became a big problem. You see, we had put down a 12,000 dollar deposit and there was literally no way to get that money back. I was stressed beyond belief. My boss was pissed, and at first, I never wanted to do another event again! I mean ever!

You see, to say I had a bad taste in my mouth over the entire situation was a slight understatement. But, when the initial shock wore off and I had time to digest what had happened, I realized a couple of things.

First, it was going to be okay. The world did not end. Money can be “replaced” or made again. Second, I learned to never sign anything without reading the small print.

Come on, you know you’ve done it too. Next time, stop and read that small print.
It’s small for a reason. But, as I walked out of the ashes of this travesty, I also realized I had learned a very valuable lesson and that is how to pick myself up, dust myself off, and get back to work.

It’s kind of funny but, iI had learned that lesson earlier in life when I trained horses and would get bucked off once if not several times by a spirited horse learning that they had a new master telling them which way to go.

And, speaking of masters, many folks I see "fear of failing" to be their masters. They don’t step out in faith because fear or the false perception of failing has the chained down to living a small and what might be typical life vs a life beyond their default. The life they dream of.

Is that you? Are you chained down by the fear of failing? Listen, it’s okay to fail. Failing is just another life lesson, a story, a moment in time to help create who you will be after the “failure”. I use air quotes there because I truly don't believe in failing, I believe in lessons!

I also subscribe to the camp that you hear so many inspirational speakers talking about and that is "fail forward". Or as I think about it, learn your way to the life you dream of.
Like Samuel Beckett says, “Ever tried. Ever failed. No matter. Try Again. Fail again. Fail better.”

So, if you are chained down by past failures or the perception of possible future failures, I want to give you several tips to help you move forward and potentially change your mental position on failure.

Number one: Remember: You’re not a failure just because you had a setback.

You're not a failure! The person who sits in their house and doesn’t try to make big moves is failing harder than you ever will. A setback is one or two steps back but, the lessons you learned could skyrocket you 5, 7, 15 steps forward in your journey.

Number Two: Be constructive and learn from this situation.

This goes hand-in-hand with number one but takes time to break down what happened. What decision you made.

Look at the outcome and potentially project what may have happened if you made another decision or, stop and think, was there some other decision I could have made tht I originally did not even see?

Accept, analyze, and then take action.

Number Three: Remind yourself: anyone who wants to do things of value in life will fail.

It kills me when people are shocked they failed. I mean don’t get me wrong, I’ve shocked the crap out of myself many times in my early years but now, I live a life with this almost understanding or knowing that failure is just around the corner. However, I don't know what corner but, whatever coroner it is, I know it will be there. So, I refuse to be surprised by it.

You see, I realize I am trying to be a person of value, a catalyst in my own and in other's lives. Failure is inevitable! And, I’m at peace knowing that.

And finally number four: Let it out into the light.

Hence, why I shared my story in this video! Shine a big, bright spotlight on your perceived failures so that they can not sit in the dark and fester in your brain. If you're like me, many times I can be my worst enemy. A failure left to thrive in the dark can paralyze me for weeks, heck maybe even years!

But a hefty dose of light kills that dastardly failure and lets you move forward in life faster.

So, make sure you lick up these mental tips for your own life. Remember that Michael Jordan said “I can accept failure, everyone fails at something. But I can’t accept not trying.” then try your best and work your butt off at accomplishing your life goals.

You do have goals right? Write them down and remember along the way to be a happy, helpful, humble, healthy human along and be here cheering you on! Navigating the Negative Naysayers in Your Life

Do others' negative energy bring you down? Maybe it’s your coworkers, family members, or even friends you’ve grown apart from. If you’re like most...

Being Vulnerable and the Power of Vulnerability

“Owning our story can be hard but not nearly as difficult as spending our lives running from it. Embracing our vulnerabilities is risky but not...

Heroic Habits in Your Life