“I met George years ago, when he was working at The Sales Lion,” Smarter Finance USA VP and co-owner Rob Misheloff shared.

The experience was powerful for Rob, who was hungry to learn and do what he needed to move his business forward.

However, Rob still found himself struggling once that consulting partnership ended. He had no budget at the time to continue — “I had to become mediocre at many things fast once I stopped working with The Sales Lion, but the challenge became that I didn’t have George or anyone else there to fix all my mistakes.”

Still, Rob charged ahead, working tirelessly to climb his steep learning curve with inbound marketing and HubSpot while also learning how to close on the leads he was generating through his hard work. Periodically, though, he would find himself stuck on something where he needed extra help to get back on the right track.

When that happened, he would email George, and one instance, in particular, stands out in Rob’s memory.

“What you need to know about George is that, beyond being great at what he does, his default state is being one of the nicest and most genuinely helpful people you’ll ever meet. Which is why, one of the times I emailed him, it turned out he was at 7-11 grabbing a drink before heading into a full day INBOUND in Boston.” 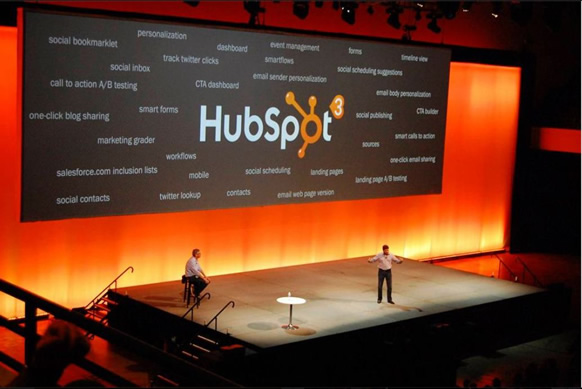 Instead of letting Rob know he’d be happy to help him when he returned the following week, George picked up the phone and gave him a call.

“He didn’t blow me off or tell me to schedule a time to talk when he got back home,” Rob says. “I wasn’t even a paying client, but there he was, on the phone with me while standing in a 7-11, talking me through how I messed up the CSS on my website — and I was like, ‘This is the coolest guy on earth.’”

Rob knew he wanted to work with George again, and finally, the opportunity presented itself for his company, Smarter Finance USA.

“I look like a genius to my team, and it’s all George.”

When Rob and his business partner, Chet Zeken, approached George to help them move Smarter Finance USA forward, they had four core areas where they identified the need for expertise and support:

For Rob, George was the obvious choice for such a complex and multidisciplinary challenge:

“It’s easy to find someone who understands the backend of a site or how to make a business website look sleek and pretty. What’s hard is to find someone who not only checks those but also has fantastic marketing chops to back all of that up. Thankfully, someone like George exists. I look like a genius to my team, and it’s all George.”

“I consider George, at this point, really to be our CMO.”

Rob and his partner, Chet, are a powerful team. And they are also strategic in how they bring in advisors to cover in-house expertise gaps they have, so they can continue to hit their growth goals in a way that’s the most efficient use of their time and resources.

George is one of those advisors. “Having George on the marketing side has completely transformed how we think about our business,” Rob notes.

“For example, he challenges us with questions we would have never thought to ask so we get the most out of HubSpot. He helps us develop and implement on-page strategies to move leads down the funnel. He keeps us on top of how to optimize every piece of content we create.”

In his earlier days as a business owner, these were tasks that Rob might have considered handling on his own. With a growing company, however, it’s no longer realistic for him to do so.

“It was different when the business was me sitting at home promising my wife we’d make money one day,” Rob recalls with a laugh. “Now, we’ve got 35 employees. (Chet and I) have a company to run, so rolling up my sleeves to do marketing automation work no longer makes sense. Thankfully, we have George. I consider George, at this point, really to be our CMO.”

For Rob, Chet, and the rest of the Smarter Finance USA team, their HubHeroes success story is still being written – but even with work in progress, they see a clear return on their investment. Rob says their website is already delivering in new ways.

“We’ve been updating our website a bit at a time. But when we rolled out the new look and feel, the response we received from a few people was clear like, ‘Whoa, this makes us look like a $20 million company,’” Rob says. “This is critical in our business because, while the website is meant to drive leads, a lot of our lead flow is by referral. Our new website gives us a level of credibility we didn’t have before and is an edge against our competitors.”

Even so, Rob says working with George may not be for everyone.

Who isn’t a good fit for George B. Thomas?

“If you’re not willing to show the good, the bad, and the ugly of your business, you probably shouldn’t work with Geroge,” he points out.

“You also need the budget for him, but he’s worth every penny. The thing is, though, George isn’t here for the paycheck, which goes back to what I said before about how helpful the guy is. Sure, we all have to get paid, we all have to run profitable businesses, and George is no exception.”

This can get tricky when working with outside consultants, Rob says:

“It’s not uncommon to send a small request to a consultant that should only run you $5,000. But then, somehow, they spin it into $20,000 in a snap by padding their hours. With George, almost the opposite is true. It is insane the amount of value he pumps out so fast for us. We know he’s super lean and efficient in his billing, and we are always confident we are getting the full value of working with George. It’s absolutely worth it.”

Of course, according to Rob, that’s just who George is:

“We were having this discussion the other day,” Rob remembers. “And George says, ‘Man, this is my dream. I’m at home working hard to help others realize their dreams. And that’s what he is all about.

All along the way, yes, he’s getting paid — and I hope he gets paid really, really well because he’s worth it. But he’s never the guy thinking, ‘Hey, how can I make an extra $200,000?’ Instead, he’s wondering, ‘How can I help the most amount of people in the best way possible?’”

Are you ready to achieve your sales, marketing, service, or website success with HubSpot?

Then let's start a conversation today!

I passionately care about helping you remove the hurdles and reach your business and life aspirations.